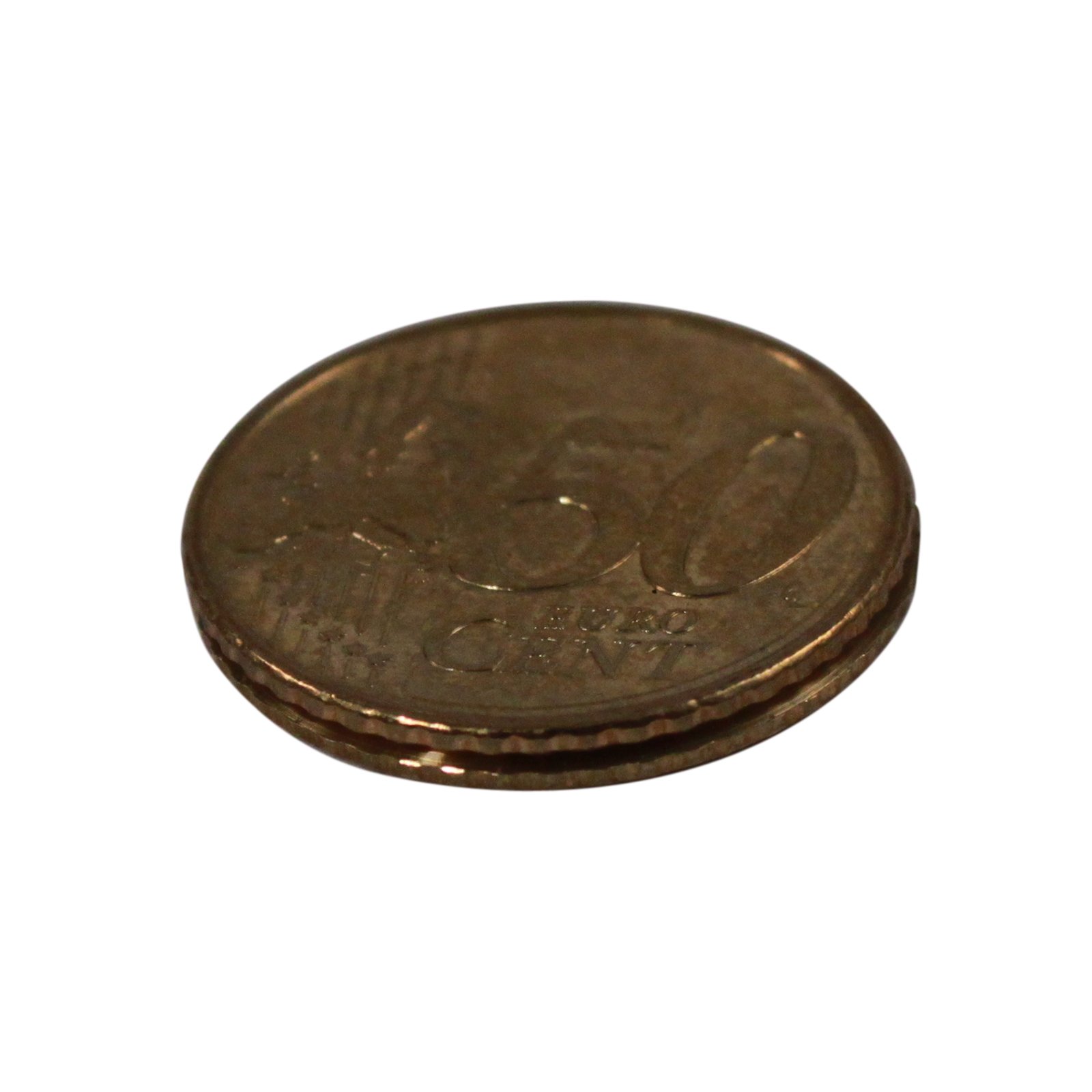 This unique new covert compass was inspired by the various escape compasses developed during WWII and issued to Allied airmen and commandos as part of their escape & evasion kits. Unlike standard military compasses, due to specialized requirements escape compasses were mostly very small and of rudimentary design, had minimal markings, and provided gross magnetic north indication.

Now ? 75 years later ? we’ve brought the escape compass to a new level of covertness. It’s completely unrecognizable as a compass ? it looks just like a Euro. In fact, it actually is one!

When suspended on a thread (there’s a special thread channel all around the coin’s side), the “heads” side will always indicate magnetic north! You supply the thread, but your clothing or nature are reliable sources if needed.