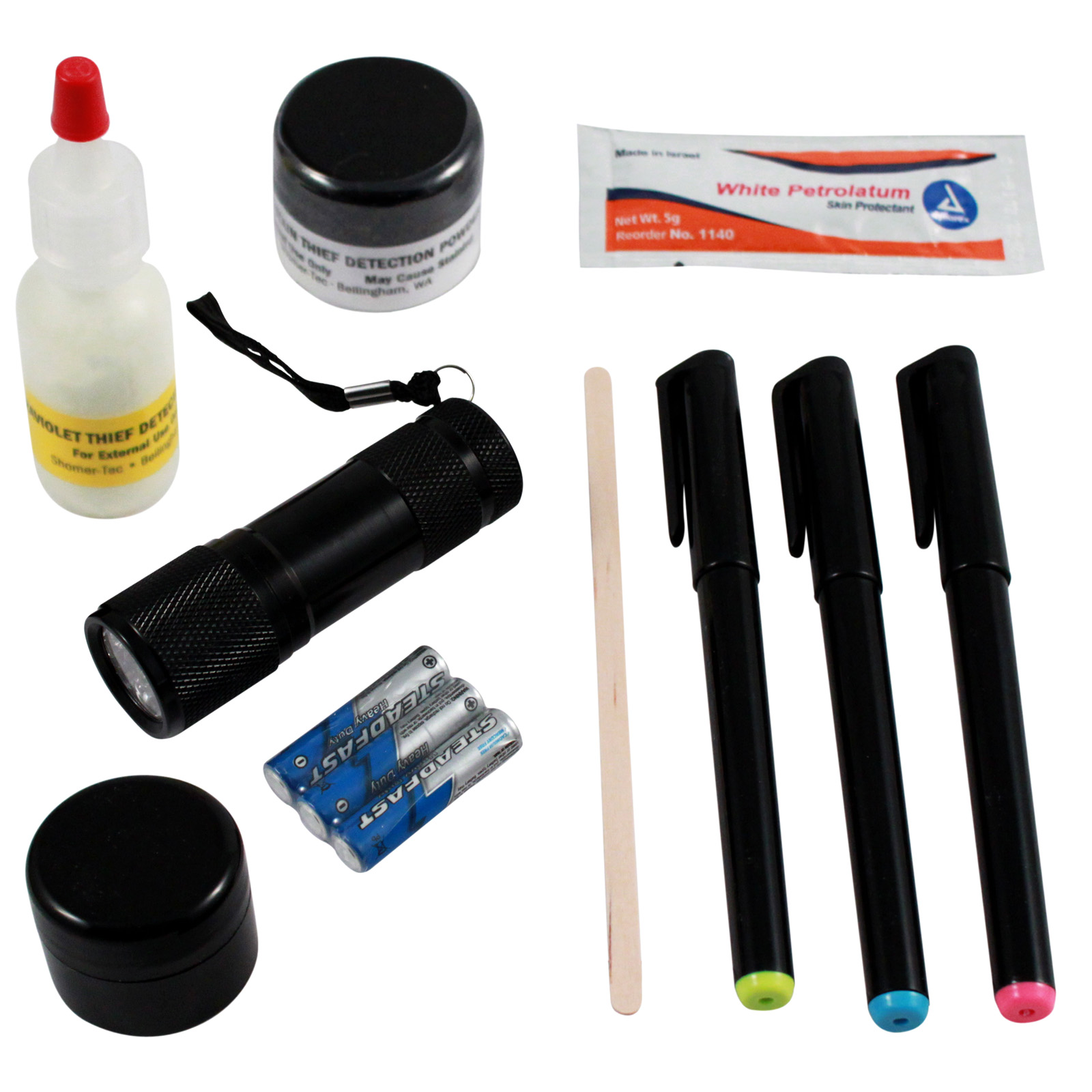 Inside the kit you’ll find ultra-violet powder, which can be used to mark an item invisibly, but anyone who comes into contact with it can be identified. The fluorescent tracer readily transfers to the fingers and hands when touched, leaving the subject “glowing” when viewed with the UV flashlight (included, with batteries). This can best be viewed in darkness or low lighting, and is a great method for sneakily catching a thief!

Some situations will call for an immediate visible indication of a thief. For these instances, we’ve also included a visible stain powder which will instantly mark the culprit. After a marked item comes into contact with the thief’s skin, the stain powder will immediately cause a highly visible aggressive purple stain that can last for up to several days. This stain is similar to those used in department store theft detection.

You may find yourself needing to detect a thief on a vertical surface or outdoors, in which case a paste is desirable over a powder. For this instance, we’ve also included a small mixing container, mixing stick and petroleum jelly that can be added to the powder to make a paste.

Lastly, UV ink is ideal for marking items for later identification in case they are stolen. For these situations, we’ve also added 3 UV markers (blue, green and pink) which can write on nearly any dry surface including glass, paint, metal and currency. The markings will remain invisible until viewed under UV light. The ink in these markers is water and heat proof. All powders, pastes and inks are non-toxic. Make sure you grab this theft detection kit to catch a would-be thief!